Digital marketing trends in Switzerland in 2022

Digital marketing trends in Switzerland in 2022

The world of digital marketing is extremely dynamic; therefore, it is crucial to always be up to date. One has to be on the lookout for new ideas and innovations to maintain a high level of competence. It is therefore important to know the main trends of digital marketing in 2022 in our country: Switzerland! 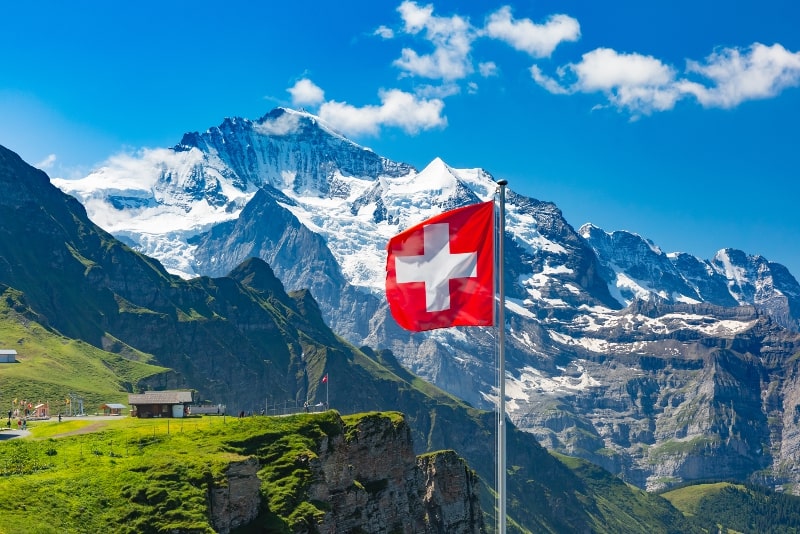 1. How to understand Switzerland’s trend population?

The gender distribution stays with 50.4% for females and 49.6% for males. To that aspect, what is interesting is that the median age of those genders have 43.4 years. Currently, the population is getting older.

2. What about internet usage ?

The Internet has been supported meanwhile by the increasingly improving mobile and fixed internet connection speed, + 36.7 %, and +16 % respectively. 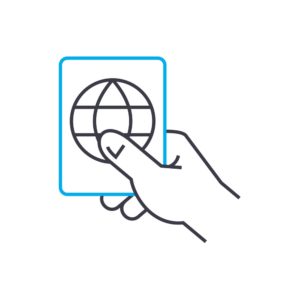 In general, social media users have shown a great number of 7.54 million in January 2022, which is equivalent to 86.2 percent of the total population, which is very impressive. It has in total increased by 6.2 % between the years 2020 and 2021.

FACEBOOK
Starting with the most popular online social media and social networking service called Facebook, its user’s number were about 3.2 million in the early 2022s in Switzerland. However, it must be kept in mind that Facebook targets audiences aged above 13 and above, thus in total, the ‘eligible’ audience represents 42.1 % in Switzerland that used Facebook. To continue, there has been an exact distribution of gender audience of male and female Facebook usage, each corresponding to 50% – 50%.

YOUTUBE
Continuing with the platform YouTube, it showed an astonishing reach of 7.54 million users in January 2022. This makes ad reach efficient since they have touched 88.0% of Switzerland’s total internet user base, regardless of the internet user’s age.

INSTAGRAM
With the following platform, reach may be restricted since the target audiences are aged between 13 years and above. Still, Instagram was able to have 3.7 million users in January 2022 and an ad reach of 43.2 % of the local internet user base.

TIKTOK
The statistics for TikTok in Switzerland, only include the data for users aged 18 and above. The figures given for TikTok at the beginning of the year 2022 show 1.72 million users from 18 years of age. The social media platform TikTok allows marketers to reach users aged 13 and above by marketers’ advertising tools with ads, but only shows data to the ‘eligible ‘ audience of 18 years and above. TikTok ads have thus reached 23.9 % of all adults, where the audience was 6.6% more female than male.

SNAPCHAT
With the platform Snapchat, the statistics show several 2.05 million Swiss users in January 2022, and regardless of age, it has represented 23.9% of all Swiss internet users. However, as with many other platforms, there is an age limit of 13 years, thus restricting some part of the audience. To notice is, that still, 80% of the audience aged 18 and uses Snapchat in Switzerland.

LINKEDIN
There have been reported 3.5 million users for LinkedIn in Switzerland in early 2022, where its advertising tools publish audience reach data based on total registered members, rather than monthly active users. Accordingly, the advertising reach of Switzerland was 40% of the total population in January 2022. 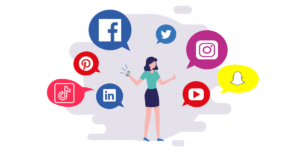 In all of the above statistics, it should be taken into account that many people in the world use more than one connection on mobile, computer or tablet at the same time or in the same day, so it is not surprising that these connections can be excessively high in some aspects.

To conclude, looking at the statistics of the platforms’ traffic allows us to understand the main trends of Internet users’ media consumption in Switzerland in 2022. Nevertheless, each advertising platform has its own technical specificities, its own targeting capacities, and very variable price levels. It is therefore necessary to build own strategies according to the media consumption habits of a given target audience, but also according to the performance objectives one wishes to achieve with the campaigns.